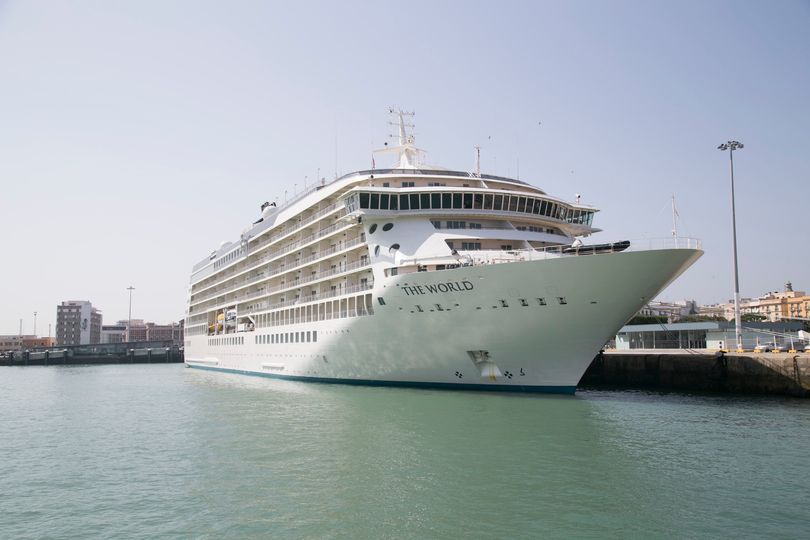 Posted at 10:57h in News by Cruise Cadiz
0 Likes
Share

The dock of Cádiz has become the embarkation port for 119 passengers of the luxury cruise ship The World, which after spending several weeks in the shipyard of Navantia Cádiz, docked at the Ciudad dock last Saturday, from where it will depart this afternoon for Ferrol.

The World, with a length of 196 metres and a beam of 30 metres, is the largest residential yacht in the world, in which the owners are the passengers themselves and for the first time a high percentage of the passengers (with a maximum capacity of 200 people) have started their journey from the port of Cadiz.

On Saturday, 6 people boarded, followed by 58 on Sunday, 41 on Monday and today, Tuesday, the last 14 passengers will board. They will be accompanied on the crossing by 240 crew members, 29 of whom have also embarked in Cadiz.

It is important to remember the important economic impact that cruise ships have on the area and which, according to the latest study carried out by the Andalusian Regional Government on cruise tourism in the region, reaches an average expenditure per cruise passenger per day in the port of call of 40.6 euros, which in the case of the port of embarkation rises to 200 euros.