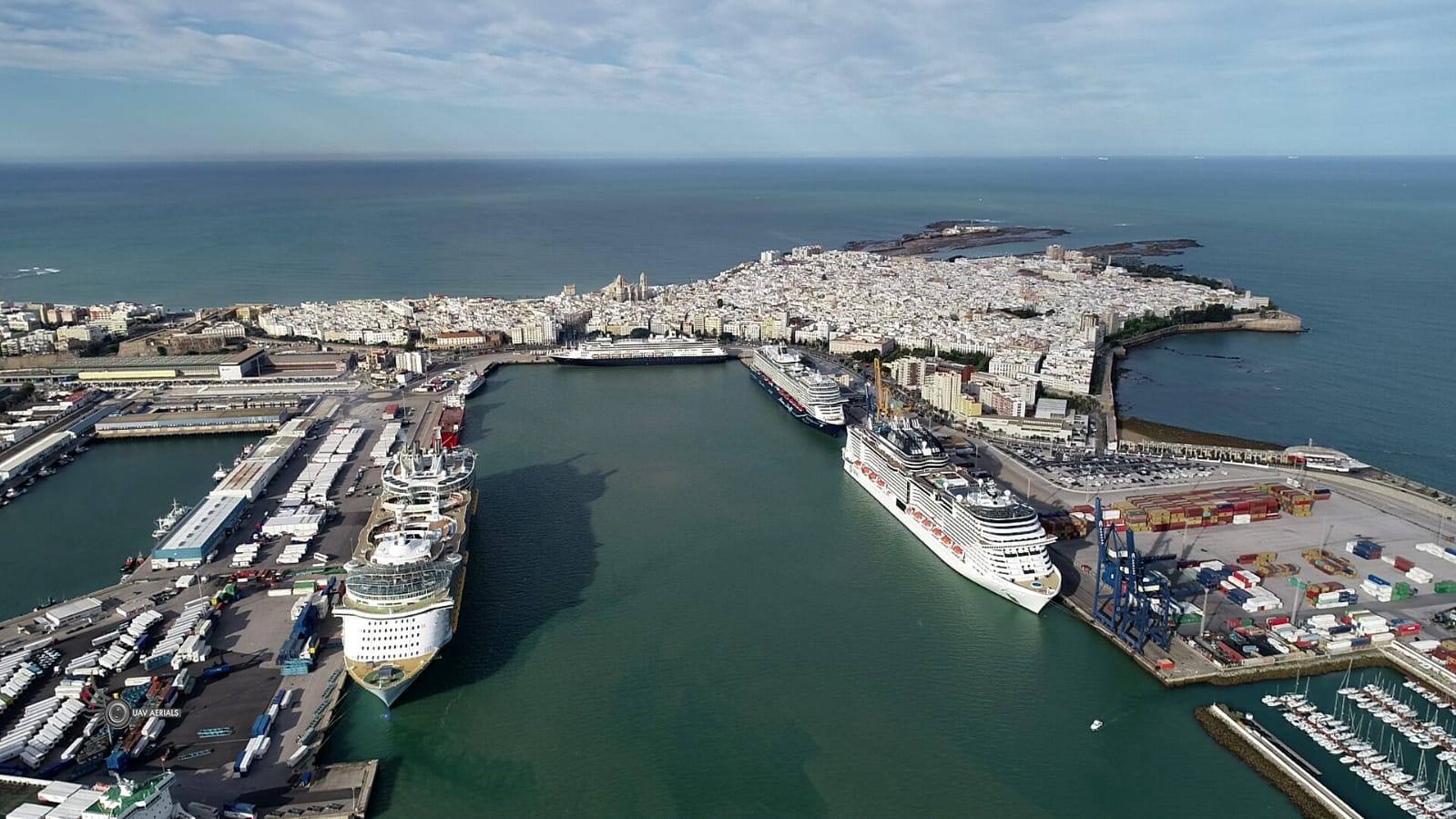 Posted at 13:23h in News by Cruise Cadiz
0 Likes
Share

Endesa X has applied to the Port Authority for an administrative concession for the construction and operation of an OPS (On-shore Power Supply) facility to supply energy to ships at the Alfonso XIII quay.
The Cadiz Bay Port Authority (APBC) has received a request from Endesa X Servicios S.L.U. for an administrative concession to build and operate an OPS (On-shore Power Supply) facility to supply energy to ships at the Alfonso XIII quay, in the commercial dock of the capital.
With the implementation of this project, the Port of Cadiz will become the first port in Spain where cruise ships will be able to connect to the electricity grid.
The aim of this project, in line with the APBC’s sustainability strategy, is to significantly reduce polluting emissions and completely eliminate the noise associated with the operation of the ships’ conventional engines.
The system proposed by Endesa X consists of connecting the ships to the onshore power grid during their stay in port, so that the auxiliary engines used to maintain the operation of their transfer pumps, refrigeration systems, lighting, emergency equipment, etc., can be kept off during the entire time the ship is docked for loading and unloading goods or people.
According to calculations made by Puertos del Estado, the reduction in emissions achieved after replacing on-board electricity generation, produced by burning fuel, with the ship’s own connection to the grid is drastic: 96% of NOx, 8% of SOx, 94% of particles and 64% of CO2. In the specific case of this project, the reduction will increase even further as Endesa X will supply the ships with electricity certified as renewable.
The Port Authority has been working for months with Puertos del Estado on the electrification project for the docks that will be managed under the mandatory licences for this service, which Endesa X has also applied for in parallel.

The investment planned by the company exceeds 6 million euros and although in the first phase the OPS system will be prepared to supply a single vessel of up to 16 MVA, the installation will be modular so that it will be possible in the future to supply other vessels simultaneously on the Alfonso XIII quay and on the Ciudad quay.