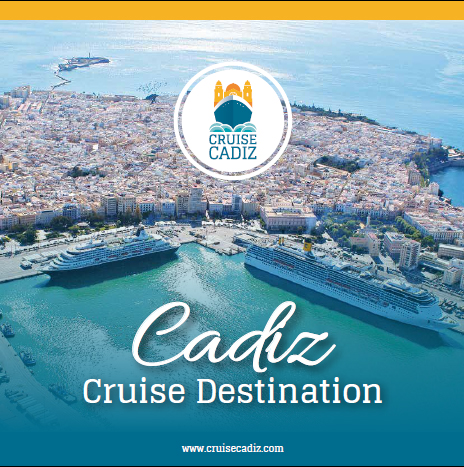 Posted at 13:18h in News by Cruise Cadiz
0 Likes
Share

The Port of Cadiz will receive between Palm Sunday and Easter Sunday a total of 15 cruise calls, with approximately 32,900 people on board, including passengers and crew. Until Holy Wednesday a total of 10 ships have arrived at the Port of the capital, with almost 14,000 passengers and 4,700 crew. Two of these transatlantic ships have also docked for the first time at the Cadiz quay: the AIDANova, which became the first cruise ship propelled by liquefied natural gas to enter port and the largest to date, and the Sea Spirit.

Today, in addition, the Oasis of the Seas, one of the largest in the world, has docked at the Marqués de Comillas quay and will be repairing Navantia Cádiz in the next few hours. It has a crew of 1,250 people. On Saturday, 3 ships will meet again in the commercial dock, with a total of around 10,300 passengers and 3,300 crew. The Mein Schiff 1, in addition, also arrives in first scale. If the forecasts are met, the month of April will add a total of 37 stopovers, starting the first high season of the year in this traffic, which will continue in May, with 42 berths planned. The second high season will concentrate on the months of September, October and November, with 31, 41 and 29 announced cruises, respectively.

The Port of the Bay of Cadiz has consolidated its position as a port of call nationally, positioning itself as a preferred destination on the peninsula, where it ranks third, surpassed only by Barcelona and Malaga in number of passengers. Once this quantitative objective has been reached, the Port Authority is working towards becoming a base port for cruises, given the economic repercussion that the establishment of a base port has on the environment, for which it has required the involvement of all sectors and competent administrations.

At the beginning of April, the Port Authority, accompanied by some companies in the sector, promoted its facilities and services at the world’s largest cruise ship fair, the Seatrade Cruise Global, which is held in Miami. Other commercial missions related to this traffic and new initiatives are planned throughout the year to promote it and to advance in the challenge of converting the Port of Cadiz into a base for cruises.